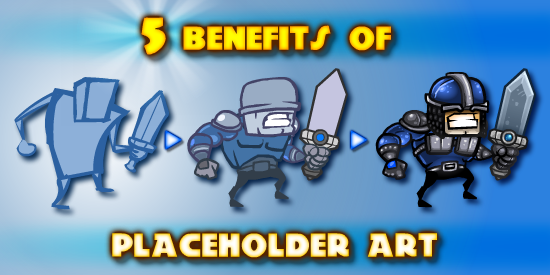 Placeholder (or coder) art is one of the most useful things game artists (and coders) should do whenever they make a game.  Definition - it's literally in the name, holding the place for something in the future that will be refined and acceptable for the final game.

Here are the 5 Benefits of using placeholder art in your games, as well as some examples from my games where I've used placeholders.

1 - It's Fast
Probably the most obvious good part about making a few mockup assets is it barely takes any time,  You might be able to create the whole game with placeholders in one day and get ready to start finalizing stuff a lot quicker.

Creating high quality and smooth assets consumes a lot of your time.  Take for instance 1 enemy.  You have to design it well, figure out how it will need to be made, draw each part of it, animate and export.  That could take your whole day and could make you feel like you didn't accomplish much. 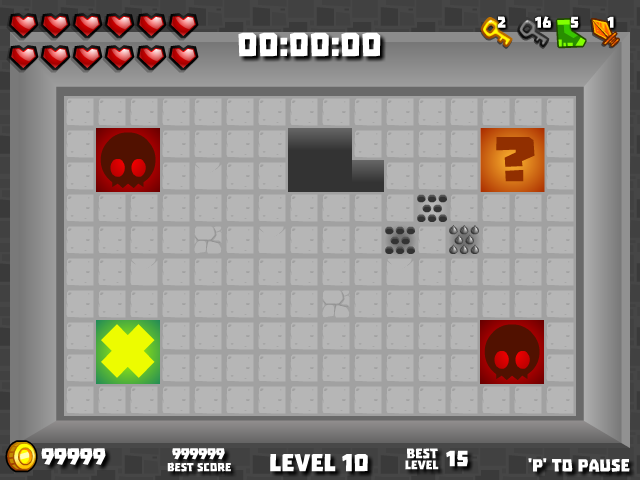 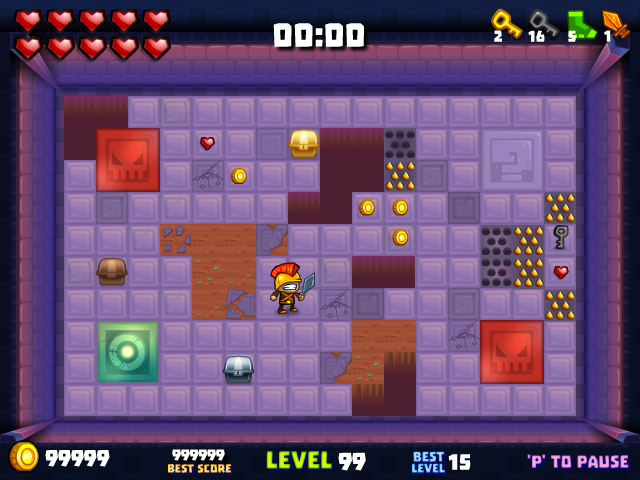 When you begin a game, it's often hard to know what parts to focus on at first.  My suggestion is do 10% of everything, because you never know how big you want your characters or what color you want the backgrounds.  If you can compose a scene with a bunch of placeholders, you will have a lot of things to compare assets to which helps in the refining process.

Making sketches of everything also helps with design so you're not forced to figure out all the things an asset will do.  Let's say you have your player, but you don't know yet how to animate his attack, or not sure what kinds of powers he will have in the end.  It's best to put it in the back burner until you have a much better idea of what the final product will be.  If you just go for it, you might end up with a bunch of assets that won't be used and a lot of wasted time.

At times, your partner might not be able to continue his/her work because having a rough draft of something is needed.  In this case, the assets you make should be fairly close to what the final thing will be, but has barely any detail.

An example would be an enemy, and let's say it has to be done in a spritesheet.  You will make a few body parts, animate them and keep track of the frame numbers.  It will look pretty bad, but you know that the frames will be the same in the end, so you can make it look prettier once you're ready.

Imagine working on a game for a few months or even a year, and this whole time you've been trying to finalize everything each time you sit down to work.  You'll end up with some enemies that look off, a few animations that could look better and menus that seem a lot nicer from the in game assets because you did them the most recent.

As an artist, you will get better over time, so it makes no sense to have graphics from a year ago that you think were polished back then, but now seem like they were made by a completely different artist. 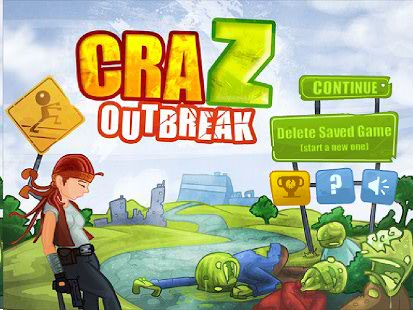 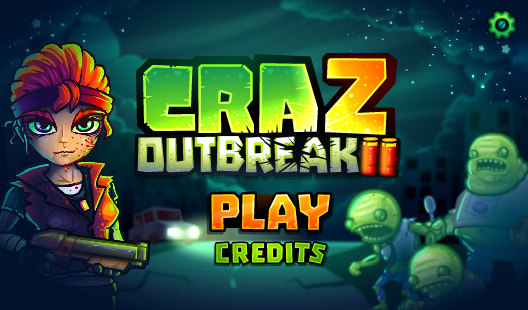 I don't know about you, but I get a lot of satisfaction when I have a sketch of something I made and the final product side by side.  It makes you want to keep going because you can clearly see your progress and that it will be worth it once it's done.  You don't get that same feeling when you finish everything, or maybe toss out your sketches for whatever reason.


Final Words
Any suggestions of things I might have missed?  If you have any, comment and I'll add them onto this post if there are enough good ones.