This post serves mostly as a guide to how I organize my game assets in Flash.  I'll have some links to download the CS6/5 file and descriptions of what's in it.  For me, it's useful seeing how other artists create their game assets, so I'll contribute as well starting with some UI.  You can use it for your games, but I intentionally made these grey and bland so it forces people to make something better. 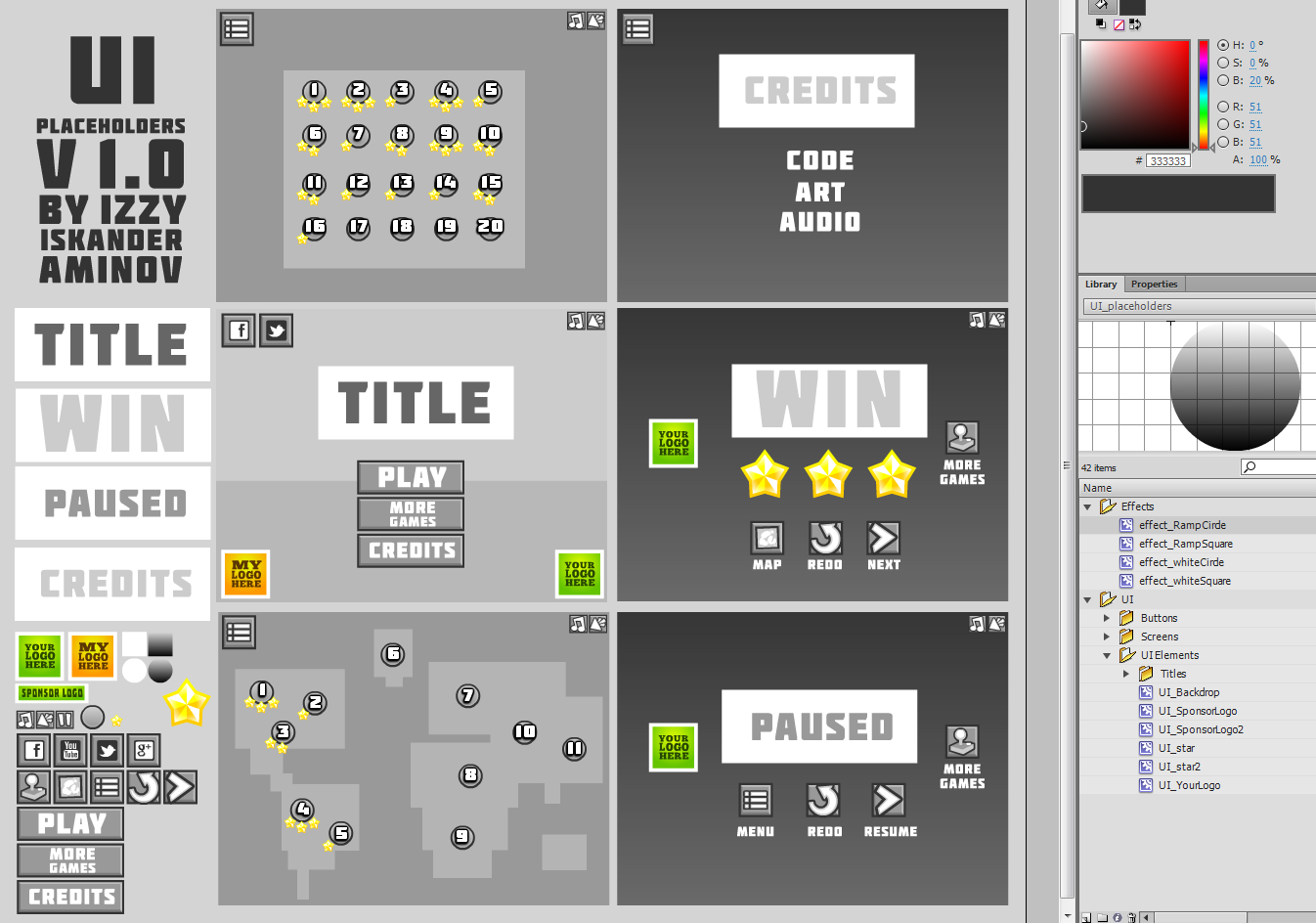 Placeholders are important for both you and your partner.  As an artist, you can make something rough so your coder can use it to tie the game together.

What's in the File?

These are all the assets in the library.  I've seen files that are horribly organized with hundreds of tweens scattered everywhere.  Learn to label and organize your stuff well so someone else can figure out your system easily.  Not saying my way's the best, but at least it's easy to follow. 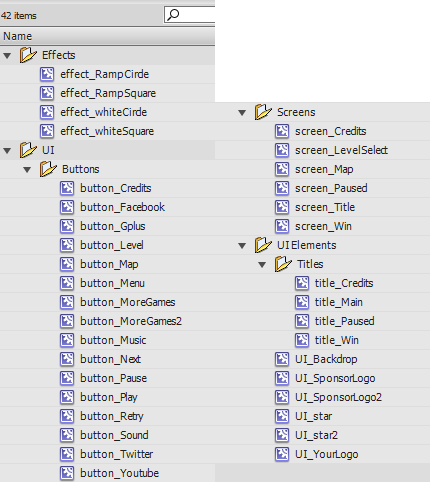 Effects - These are mainly used as overlays to create shadows and gloss on objects.  Doesn't have much to do with UI so disregard it and maybe I'll explain more how I use these in the future.
Buttons - Self explanatory.  I made several basic ones that are usually used and some social media buttons just because.  They don't have hover or click states.
Screens - These are composed of titles, buttons and a few other symbols
UI Elements - Several items that don't fit in other folders 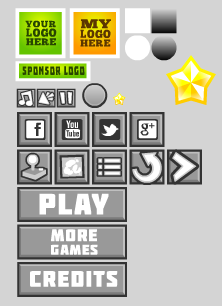 The branding stuff and more games buttons are important if you're selling your game to sponsors. When you consider where the advertisements will be placed in your game, it saves you a lot of headache when you have to put them in your game if you find a sponsor.  It's also nice for sponsors because they don't need to work on that part and are more likely to pay for your game.

Hope these are useful for someone