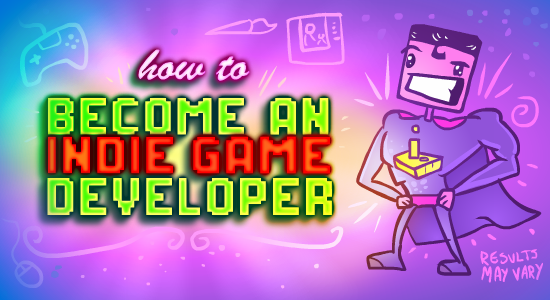 I've heard so many people say they are amazed that making games is something feasible when I tell them what I do.  It's getting close to a decade since I started dabbling in the industry, so I thought I would start 2015 with talking about my experience and give some tips on how you can get into the market yourself.

It's the most boring topic you can start with, but a very important one.  Making games isn't always something you can pick up and roll with.  If it's a fun side hobby for you, that's great, you might make it one day just by spending a few hours a day on it.  Deciding to make it a career path is a different story.

Independent - not yet talking about indie games here.  Are you able to sustain yourself enough and still have time to make a game on the side?  Games take up a lot of time to develop, so they're a huge commitment.  If games are your passion, you can have a part time job to keep yourself afloat until you make it big.  Not having any financial reliance is a very risky move and I don't suggest you take that leap of faith if you have nothing to fall back on.

Dependent - in this case, you have someone who is willing to help you out until you get somewhere.  This may be family or friends letting you stay in their small apartment while you draw/code.  This is the approach I'm taking.  It's hard at times, but you always have your goals ahead of you keeping you motivated.

School - if want to get a diploma first, that's not stopping you from making progress in the game industry.  I chose to go into New Media, and my classes were fairly open ended, so I could actually make some games as my projects to show to classmates.  Probably couldn't have chosen a more perfect situation if I absolutely had to get a diploma.

However, it's not a necessity, and often times prevents you from focusing on games so you waste your time learning unimportant curriculum.  If you're the kind of person that can teach yourself, don't go to school.  Would suggest saving your money and making things work on your own because no one cares where you went to for college, they only check your portfolio (if you're a coder, it's more important if you do get a diploma).

There are several roles you can fill, and let someone else handle the other stuff.  Generally, the coding and art are the most important things that make up a game, but it's important as an indie dev that you learn other skills if it's possible.

Code - you can't have a game without it.  There are several tools out there that will help you, but you should have a passion for it before you start, otherwise it'll be a pain for you to make things work since it's not fun for you.  Make sure to research different software that could help you, and choose the one that works best for you.

Art - without an artist, your game will probably not be viewed by many people since most people judge games by their cover.  Main tools to look out for are Photoshop, Flash and maybe Illustrator.  I personally use Flash, which I'm very comfortable with, but others might like photoshop or even paint, for whatever reason.  The important thing is you become an expert with the program you use so you never hit a snag when you're trying to make assets.

Music/SFX - slightly more challenging role to get into.  If this is where your passion is, make a big portfolio of different music pieces and find as many collaborations as you can to get your name out there.  Sound effects are a pretty important thing in games, since the game would sound weird without them.  Most musicians I know of don't necessarily know how to make sound effects, but if you can, that's a huge plus.  You can also focus on making your own music and putting it on sites like audio jungle to sell for $20-$30.

Design - very important thing to make your game work.  Often times, there isn't a person dedicated just to design the game.  It's usually the coder, artist or both who end up making the game fun to play.

Story - There's rarely a time when a dedicated story writer is needed with indie games.  As with design, I suggest you take on several different roles if you want to make games for a living.

Your best bet to getting your foot in the door is find other people to collaborate with.  Get different groups to team up with and make as many games as you can until you're comfortable with yourself. Here are some useful links -


Find People to Collab With - lots of people are out there who want to make a project with someone else, and these days we have all the tools you need to make games.  It does take a certain dedication and you might fail the first few times.  Never get into it thinking you start a big game that will be successful right away.  It's usually a slow process as you learn things along the way.

With little experience, you'll want to team up with people that have the same skill level as you.  If you find someone who's better, great, but make sure to put a lot of effort to make your work good.

Game Jams - this is where I got a majority of my experience.  I started real game development by participating in game jams and they help incredibly.  When you start out, it's very useful to participate in these sorts of things because you can sometimes find talented people  to work with and make a decent game.  There's very little risk because these last 2-3 days and you have full motivation to drive the project along.  Game jams happen in the links above as well as (but not limited to) some of these -

FGL - for me, the best way to make a quick buck is sell games on FGL.  As long as your game is something sponsors might like, you are very likely to get a decent amount of bids.  If you're just starting, make something quick and rely on small bids because your market level will be low and not many sponsors might trust you until you are at level 1-3.

Ads - you might want to self publish your flash games.  CPMstar seems to be the current thing to use if you want to make that happen.  You will need to have good marketing skills to make your game known to others.

Mobile - this market is fairly different from others.  You will largely rely on ads and in app purchases to make money.  Your audience will also be fairly different, so keep that in mind while making a game specifically geared towards the mobile market.

Steam Greenlight - at this time, greenlight is a very big thing for indie developers.  I can't say too much about this subject as I have not yet gotten a game on steam (but working on it now).  If you're just starting out, I don't suggest going for steam because that will require more time/effort.  Focusing on web/mobile games is a better priority to grow.

Console Games - consoles are probably going to be out of the picture because they are a lot more difficult to integrate.  Hard to say what the future will be for console games as it seems like all gaming devices are starting to converge in how they work.  In the future, it will probably be computer and mobile games as a distinct difference, maybe VR as well.  Either way, console games aren't going to be your main market, so focus on what PC or mobile gamers want. 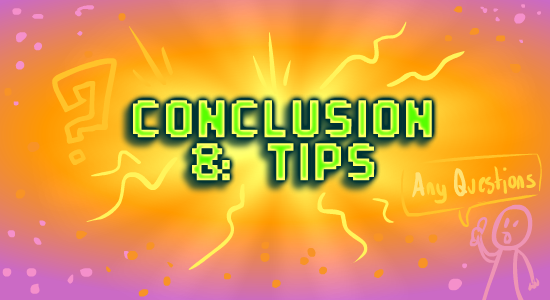 I think that covers most of the stuff you might want to know about.  For whatever else, ask me in the comments.  Here are some useful tips -

Market Research -  it's tempting to work on whatever you feel like, but if you want to make money from it, it's better to play games that are out there to get a sense of what people are wanting.  It changes from year to year, so you can't rely on what you've heard what people liked a few years ago.

Ambition - making the game quick insures the team will keep up the motivation.   This means you should probably focus on making a small game when you start out.  Often times a simple idea starts to grow and you need to learn how to cut it back because each new feature adds several hours to your work time. There will be games take over 6 months to develop.  After you do one of those, you will learn how bad of an idea it is to spend so much time on one game.

Learn From Failure - sometimes you will have a project that never ends up being finished, or it won't do so well when you try to sell it.  Instead of lying to yourself or getting sad, ask yourself why it didn't do well.  Is the design bad? Was your team not working that well together?  Did you send it off for bidding at the wrong time?  It could be a various amount of things, but you shouldn't ignore it.

Be Respectful -  there's no point in blowing up at someone for not working the way you want.  Being kind to your teammates, collaborators and sponsors will ensure a better time for everyone.  It's not a guarantee, so if problems do arise, make sure you address them quickly and end things if you think they're not working out.  Even if you're working with someone halfway across the world, social interactions could still prevent you from working well with someone else just because you two aren't that good of a combination.

Don't Pay People -  so many times I've seen this backfire on the project.  The problem is motivation plummets when you know you're getting paid to do the work.  It's best to have an agreement from the start saying each party will get a certain percentage.  Make sure it's fair for you and the other people.